If you’ve been living under a rock the past week, then you might not have heard: The U.S. Supreme Court is making it a requirement for ecommerce shops to collect and pay sales tax.

Why the Recent Supreme Court Decision Is Important to You

Do you have a Shopify or WordPress site? Are you selling on ebay or Amazon? You’re now required to collect and pay sales tax on the products you sell. It gets more complicated than you might think. Sales tax on goods for consumption and use can be collected on multiple levels, for example: 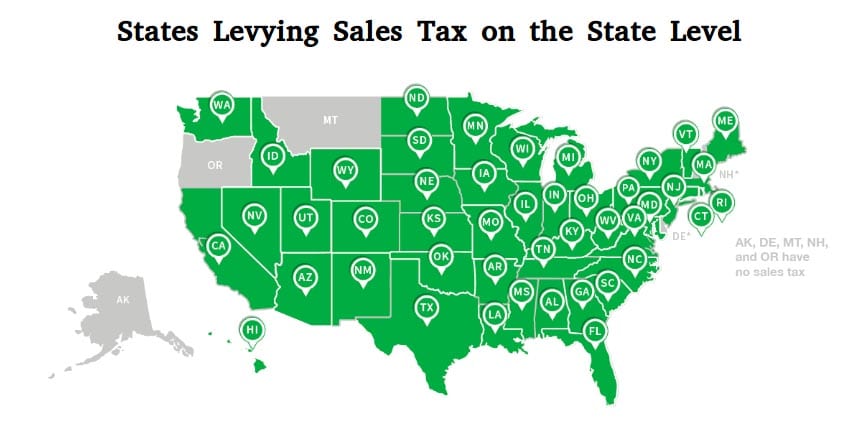 Graph of all the states that have counties, districts, parishes, etc. that levy local tax.

Let’s take an example: if you’re living in Duluth, Minnesota and buy a bottle of shampoo you’ll pay 8.375% tax. That’s a total of Minnesota state levying 6.875%, St. Louis county (where the city is in) levying 0.5% and the city of Duluth levying 1%.

If you buy a sweater or a box of Cheerios, however, you’d pay 0% sales tax.

This is because states have exempt (excluded) certain products from being taxed. These are usually the kinds of products that are necessary for everyday life, like clothing and food and books.

Each state has different products that are exempt. And different tax rates. And – to make matters even more complicated – different definitions of being tax liable. This is known as “tax nexus”, and traditionally meant that a business had enough presence in the state to have to pay taxes there. Think of a brick-and-mortar store selling goods.

Now, with ecommerce booming and traditional physical stores closing, the U.S. Supreme Court has changed their minds on a very important regulation.

The decision was made on June 21, 2018 in the legal case S. Dakota vs. Wayfair that companies selling online must pay sales tax in the states they sell products in, regardless whether they have warehouses in that state.

In case law, the kind of law that we use in the USA, laws are pretty much “made up as we go along”. This means that people sue each other, verdicts (decisions) are reached, and then that law is applicable henceforth (from that point on).

Laws aren’t the same as rights, like human rights or civil rights.

Case law is quite interesting because it’s based upon logic and reasoning generally held by people at the time.

25 years ago, the Supreme Court had a totally different opinion. In fact, the complete opposite.

The name of the case “South Dakota versus Wayfair Incorporated” means that the state of South Dakota was suing the business Wayfair, wanting to collect sales tax from all its sales made to people living in South Dakota.

But a quarter century ago — it was actually 26 years and two months ago, to be more precise — the Supreme Court had made the exact opposite decision when a very similar case was brought to their courts: Quill Corp. vs. N. Dakota.

In that case decided upon in 1992, the Quill Corporation sued the state of North Dakota. (Remember: that was before the North Dakota Oil Boom started in 2006, so the state was hard up for public funds back then.)

So in 1992, North Dakota had defined its tax laws in such a way to levy sales tax on companies like Quill Corp. — companies that had offices and warehouses in another state, but were selling goods to folks in North Dakota via catalogues and telephone.

The state was trying to get Quill Corp. to pay state sales tax on its approximate $1 million revenue generated by selling office supplies to folks in North Dakota. (The corporation’s total nation-wide revenue in the U.S. was about $200 million a year.)

The Supreme Court decided back then that Quill Corp. did not have to pay sales tax to North Dakota. But today, when South Dakota sued Wayfair Incorporated to collect sales tax, the Supreme Court made the complete opposite decision.

The problem was, though, that not many folks in South Dakota were willingly contacting their state tax authority to let them know about their purchases and pay tax on them. That’s understandable, right?

What’s Up with the Dakotas Taking Cases to the Supreme Court Level? 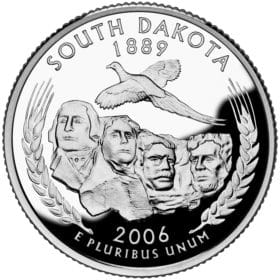 The cold and sparsely populated states are actually a hotbed for these kinds of cases.

And it makes sense if you think about it: brick-and-mortar stores don’t get much foot traffic, so they don’t make a lot of money, i.e. generating sales tax to pay the state. Selling online is easier because you don’t have the cost of employees, a warehouse, liability insurance, etc. that is involved with a physical retail presence.

The sparse (or small number) of population also means that those states have less residents paying income tax. That means less money for roads, clearing snow off the roads, heating schools in the winter, and preventing homeless people from freezing to death in winter.

So those cold and sparsely populated states have less money in their budgets, relatively speaking, but more social and public services to pay for.

No wonder they took this all the way up to the Supreme Court.

The Post-Sales Tax Future for Amazon Sellers & Other Ecommerce 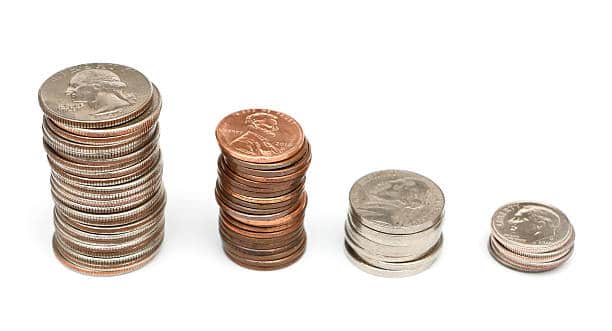 I’ll be honest: I read this news and headed straight over to TaxJar to sign up as an affiliate.

One fairly certain prediction is that online sellers will be scrambling for tax advisors and bookkeeping services to help them muddle through the different sales tax laws and rates that are different for each of the 50 states (and U.S. territories).

Sales tax might be such a nuisance, even, that Amazon might offer to help third-party U.S. sellers (more commonly known as “private labellers” or “FBM / FBA sellers”) collect and file sales tax just like Amazon is doing right now for sellers in the E.U.

Amazon itself has been collecting sales tax for awhile. (And paying it, we assume.) So this new Supreme Court decision is more of a hit to the third-party sellers on Amazon’s .com marketplace.

Step Right Up & Cast Your Bet

News sites, journalists, tax advisors and others are all voicing their opinions on how this July 21st, 2018 decision will affect Amazon sellers.

More Hassle, But Not a Deal Breaker

The general consensus on the topic of ecommerce sales tax collection is that it’s created a lot more hassle for the “little guy” online sellers. These would typically be the husband and wife team or the couple college guy roommates who started selling on Amazon or ebay in the past few years, grown their business to a six or seven-figure revenue and have an army of VAs in the Philippines supporting their Amazon business.

These kinds of folks are already limited on time, and having to deal with tax collection is even more of a strain.

But I don’t think that would make them suddenly decide to give up on selling on Amazon.com.

And to me, it would be even more absurd if these third-party sellers suddenly opened up a local hardware store instead.

Neel Grover of indi.com, however, thinks that this new law could give ecommerce sellers incentive to open up a brick-and-mortar store.

He said in a MarketingLand article:

"I believe this will also accelerate other pure-play e-tailers to create brick-and-mortar stores and expand their affiliate relationships as physical presence will no longer be an issue."

Tech As the Cause and Solution

The exploding popularity of online shopping has led up to this Supreme Court decision, but technology could also drastically reduce the hassle in collecting sales tax for sellers.

And of course, there are plenty of bookkeeping softwares that can help entrepreneurs with their sales tax and income tax.

The only area that won’t be made more efficient, in my own humble prognosis, will be the payment of sales tax: Sellers will have to register in each state, organize their dozens of tax numbers, keep different deadlines and filing dates in mind, and other small nuisances. 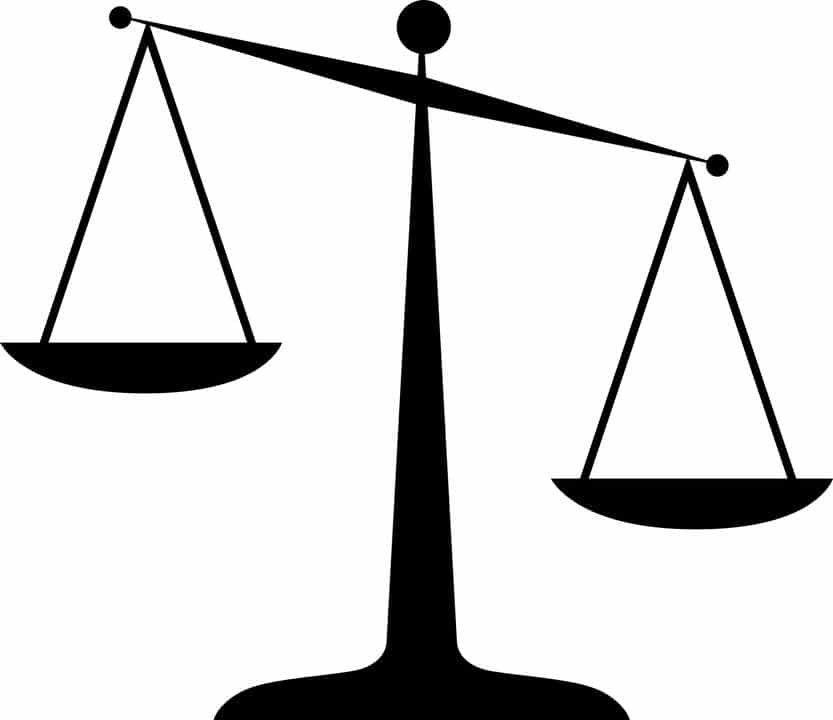 Collecting sales tax can be easy enough. But paying it could certainly be made more efficient with one unified, inter-state collection number. It could be like how a driver’s license is accepted as valid in other states — a new kind of seller’s sales tax license could be used the same way.

But until something more efficient is developed and hits the market, good luck getting through the paperwork!

PreviousAmazon Cracks Down on Reviews (Again) with a Daily Limit
NextAmazon’s Changing FBA Storage Fees (and Increasing Them, Too!)

5 Things to Consider When Building Your Amazon FBA Business Plan

Amazon Seller Analytics: 10 KPIs to Track for a Winning Strategy

Know Your Numbers. Meet Your Profit.

Running your Amazon FBA or FBM business can be a daunting task. Understanding your numbers is a critical part of the process. HelloProfit gives you the tools you need to make informed decisions to increase your profit. Now let’s make some money, sign up today RISK FREE!
Explore The Features